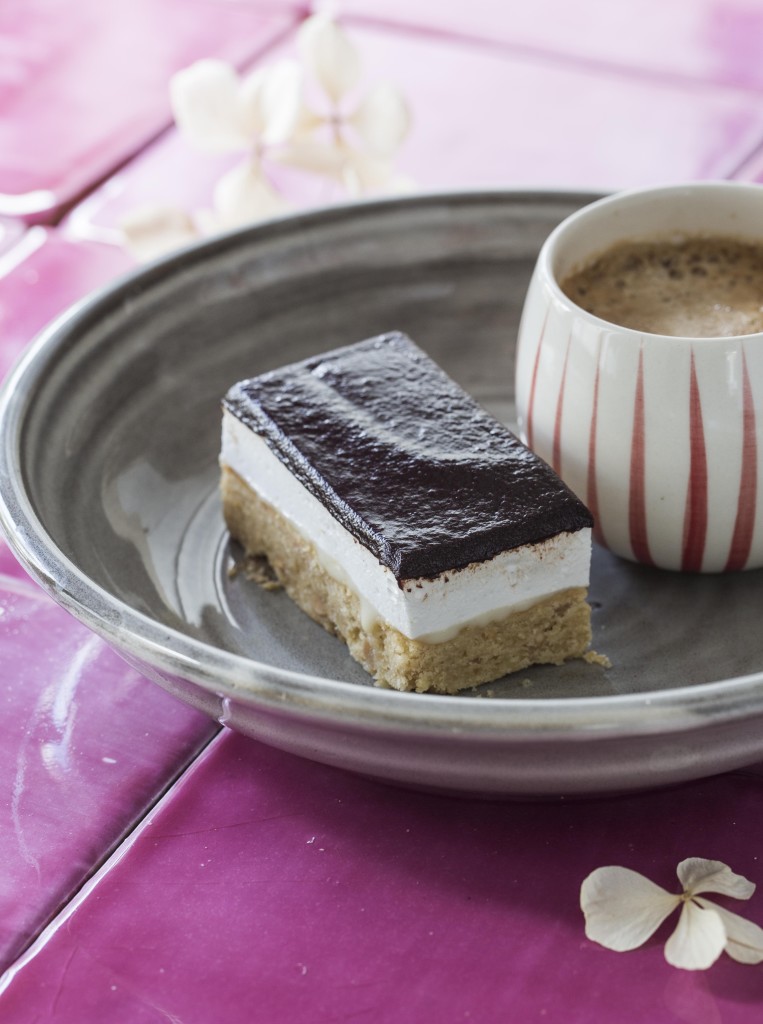 Another recipe from my cookbook, Everyday Delicious! Making marshmallow is fun – you do need to use an electric beater to get enough air in to make it light and fluffy, though. The peanut base of this slice is so tasty, it could almost be a slice by itself! If you want to make it extra decadent, add a layer of caramel between the base and the marshmallow (canned or make your own). If you like, you could add a few drops of food colouring and strawberry essence to make the marshmallow strawberry flavoured. Or  – try swirling through a bit of jam through the marshmallow before it goes on the base.

Preheat the oven to 190°C. Line a slice tin with baking paper (up the sides too).

To make the base, cream the butter and sugar together (I use a food processor for this and scrape down the sides every now and then). Beat in the egg, then add the flour and peanut butter and mix until combined. Spread in an even layer in the tin using a spatula and clean moistened fingers (or place a piece of cling wrap on top and press it out that way).

Bake in the centre of the oven for 15 minutes. Remove from the oven and cool in the tin.

To make the marshmallow, bring the water to a boil in a large saucepan. Add the gelatine and whisk briskly until dissolved. Add the sugar and whisk until dissolved. Bring to a steady, gentle rolling boil (not a hard boil) over a medium heat and leave for 10 minutes without stirring.

Remove from the heat and cool down to warm. Add the vanilla essence or paste, and beat the mixture with an electric beater (or in a cake mixer with whisk attachment) until very thick and almost doubled in volume — about 10 minutes. Beat in the cornflour. Pour the mixture over the base and refrigerate until set — about 1 hour.

To make the topping, melt the broken-up chocolate and cream in a heatproof bowl over a pan of simmering water (make sure the bowl doesn’t touch the water). Mix well, then sift in the icing sugar and mix to combine. Cool to warm, and pour over the slice.

Refrigerate, then when set (30 minutes), cut into pieces. Keeps in an airtight container in the fridge for a week.

About the Author
These days, when I’m not writing cookbooks and dashing around the country doing foodie things, I spend most of my time gangling around in my little kitchen, creating new and exciting recipes to inspire home cooks, like you.
Social Share
7 Comments 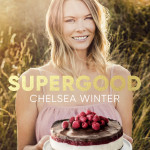